A Bay City judge this week ruled the statewide ban on stun guns is unconstitutional. But because this is a trial judge, it’s certain we haven’t heard the end of this argument, which will eventually have to be settled by higher courts. 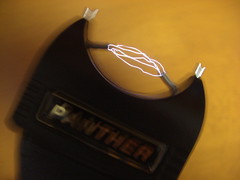 According to ConnectMidMichigan.com, an employee of the Old Town Party Store in Bay City liked to keep a stun gun tucked in his belt while he was working. Working in a store that sold alcoholic beverages likely made this employee think he needed a little extra protection on his job. But he was reported, arrested, and charged with a felony weapons charge.

The store clerk faced four years in prison for the offense but he was fortunate enough to be seen by Bay County Judge Joseph Sheeran.

Judge Sheeran determined the law banning stun guns as unconstitutional precisely because it bans them rather than regulating them. The charges were thrown out and the clerk was released.

The defense attorney on the case made an interesting point that seems to sum up the judge’s thoughts as well, stating “the individual working with my client had a firearm and that was constitutionally protected, while a less lethal stun gun is not apparently…”

His attorney argues that the 2nd Amendment of the Constitution is the right to “bear arms” not solely “firearms” and that weapons including stun guns should be included under this protection.

Seven states have banned stun guns. It will be interesting to see how this judges ruling plays out over the course of coming years. It wouldn’t be surprising to see other similar cases arise in the other six states that ban the weapons (New Jersey, New York, Rhode Island, Massachusetts, and Hawaii).

The 2nd Amendment protects your right to bear arms but the states reserve the right to “regulate” this. This is precisely what the judge was referring to when he stated that the current ban oversteps its boundaries in banning rather than regulating the stun guns.

It’s this regulation that has resulted in so many weapons laws in Michigan and across the country, these laws often being at the center of hot debate.

When you are facing gun charges you are essentially accused of violating these regulations that control just how you can own and use them. If you are accused of violating these laws, a local criminal defense lawyer may be able to assist you in navigating the courts and achieving the best results possible. Contact our attorneys today for a free consultation on your Michigan gun charges.

Receive our free Michigan legal defense consultation and case evaluation. We'll explain what you are facing in plain language, and tell you how we can help. Talk to a MI criminal defense lawyer today.
Or Complete the Form Below